In collaboration with the label Dynamic
-
Franz Schubert - Symphony No. 2 in B flat major D. 125
While there is no doubt that the first symphonies composed by Schubert between the ages of sixteen and eighteen are attributable to an apprenticeship gained in the bed of Viennese classicism, it is also true that an original and very personal symphonic sensitivity can already be found in them. An example of this is the Symphony n. 2 in B flat major which engages Schubert between the end of 1814 and the first months of 1815 for a good fifteen weeks, a very long time compared to the sudden gestations of the First and Third, born in a few days. The structure chosen is the usual one: an introductory Adagio followed by an Allegro in sonata form, an Andante, here in the form of a theme with variations, an eighteenth-century style Minuetto and a final Presto. But while on the one hand Schubert shows himself respectful of classical conventions, especially in the central movements, on the other he had desire to experiment in the harmonic and formal field, through the original and unexpected modulations of the first movement and the marked dynamic and timbral contrasts of the Beethovenian matrix in the last movement.

Franz Joseph Haydn - Symphony in D major Hob:I:96, The miracle
Haydn's twelve 'London' symphonies, composed between 1791 and 1795 on the occasion of the two successful tours in the English capital, represent the pinnacle of his orchestral production. Fourth of the group, the Symphony n. 96 in D major The Miracle was composed in 1791 and performed on 11 March of the same year in London. The apocryphal title The Miracle is due to a singular accident that occurred on the evening of the execution. As a practice of the time, Haydn conducted his symphonies seated at the harpsichord. It is said that at the end of the concert a part of the audience got up from their seats and approached the stage to compliment the Maestro, when a chandelier came off the ceiling crashing right into the seats at that moment fortunately empty. Like the other 'Londoners', Symphony no. 96 opens with a slow introduction, a solemn gesture that anticipates an Allegro full of timbral inventions. The Andante that follows is built on a Rococo theme and variations, while the graceful Minuet moves with a popular dance pace. In the Finale, however, a rondò with a brilliant theme stands out and closes the work joyfully.

Franz Liszt - Les Préludes S 97
Les préludes is the third and best known of the thirteen symphonic poems composed by Franz Liszt, although he was born in a different capacity. In 1844 Liszt had created an overture for a choral composition entitled Les quatre éléments, based on a text by the poet Joseph Autran, which has remained unpublished. A few years later, in 1850, he decided to rework that composition to make it a symphonic poem. The works lasted until 1854, the year of the debut of Les préludes in its final form in Weimar under the direction of the same author. The literary program of the work, added by Liszt upon completion of the composition, refers to an ode by the poet Alphonse de Lamartine - a reflection on the theme of man in constant struggle against the adversities of life - contained in the Nouvelles méditations poétiques collection. Even if the structure of the symphonic poem is in a single wide-ranging movement, in Les préludes it is possible to find four sections of opposite character in which moments of relaxation alternate with others of pathos. Like the poet, Liszt also questions the meaning of human existence starting from the Andante Maestoso with its hesitant initial motif that has the tone of a question destined to have no answer, at least until the horns and violas sing the love theme, the leitmotif that will reappear several times throughout the poem. But life's harsh trials are inevitable and the clash comes in the section in Allegro that follows. After every storm there is always a moment of quiet and Liszt entrusts it to a pastoral Allegretto which with its sweetness has the power to heal any disturbance. However, the consoling moment is short-lived and a trumpet blast calls the man to the front line struggle. The leitmotif returns and the circle closes with a peremptory march marked by brass and percussion that triumphantly seals the final confrontation between man and his destiny.
+ Google Calendar+ iCal Export 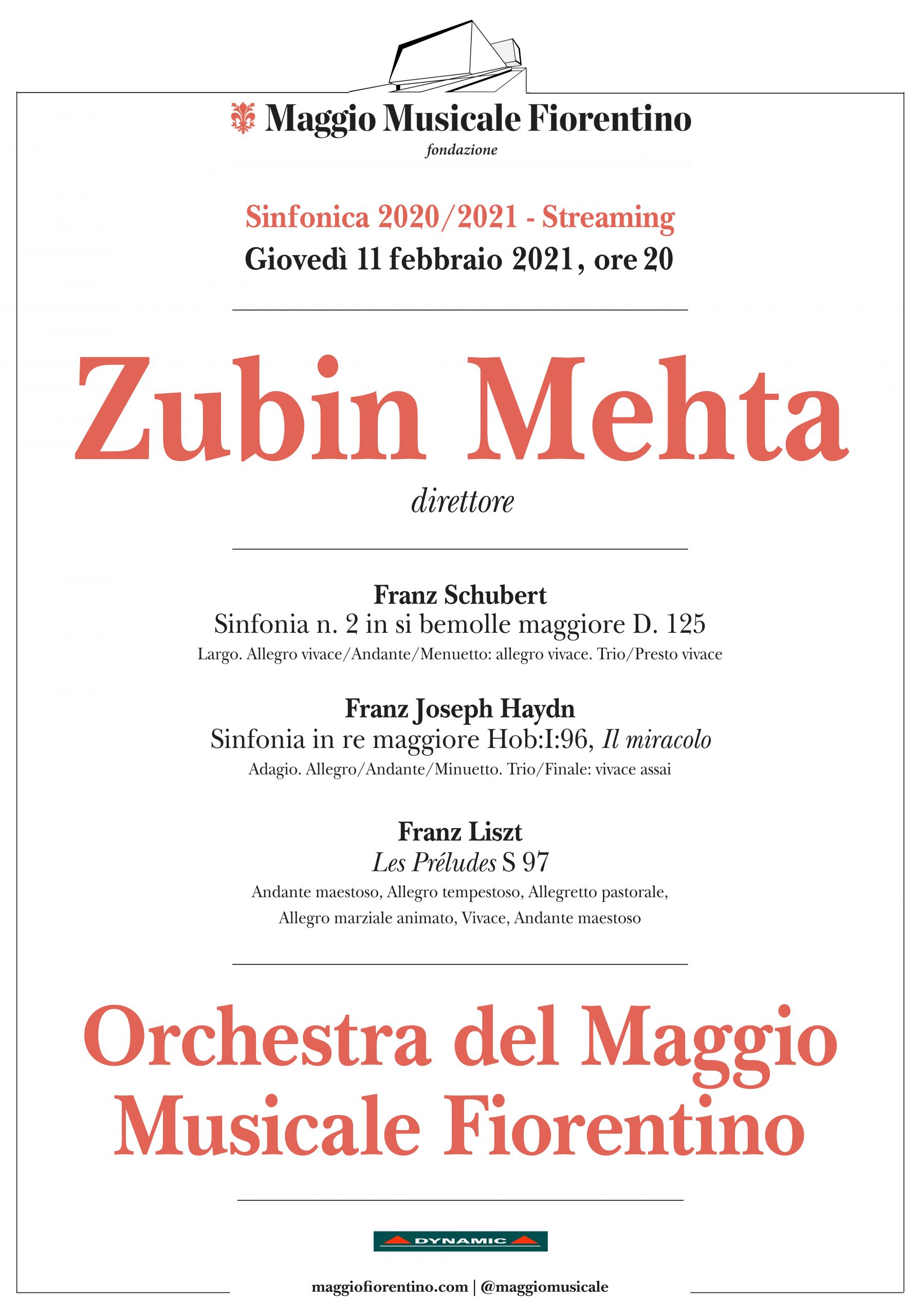