On 24 February 1711 at the Queen’s Theatre, Rinaldo was staged, the first opera composed by Georg Friedrich Händel for London audiences, and also the first melodrama in Italian to be made for an English theatre. The libretto by Giacomo Rossi, freely based on an episode from Jerusalem delivered by Tasso, describes the vicissitudes faced by Rinaldo and Almirena in combating the evil of the sorceress Armida and the Saracen king Argante. At the time of its debut, the opera represented a perfect example of Baroque marvels - a top-class vocal cast, including the famous castrato Nicolò Grimani, and a lavish and spectacular staging, with flying chariots and fire-breathing dragons, accompanied by opulent and magnificently-performed music. Composed in a very short period of time, Rinaldo, in the continuous articulation of recitatives and arias which was typical of 18th century opera, includes some of the most appreciated compositions by Händel, including “Cara sposa”, sung by the lead character in the first act, or “Lascia ch’io pianga”, performed by Almirena in the second act.

Edition by the Musical Archive of the Maggio Musicale Fiorentino.

Reconstruction of the staging by the Teatro Valli of Reggio Emilia in collaboration with I Teatri di Reggio Emilia, the Maggio Musicale Fiorentino and the Teatro La Fenice di Venezia. 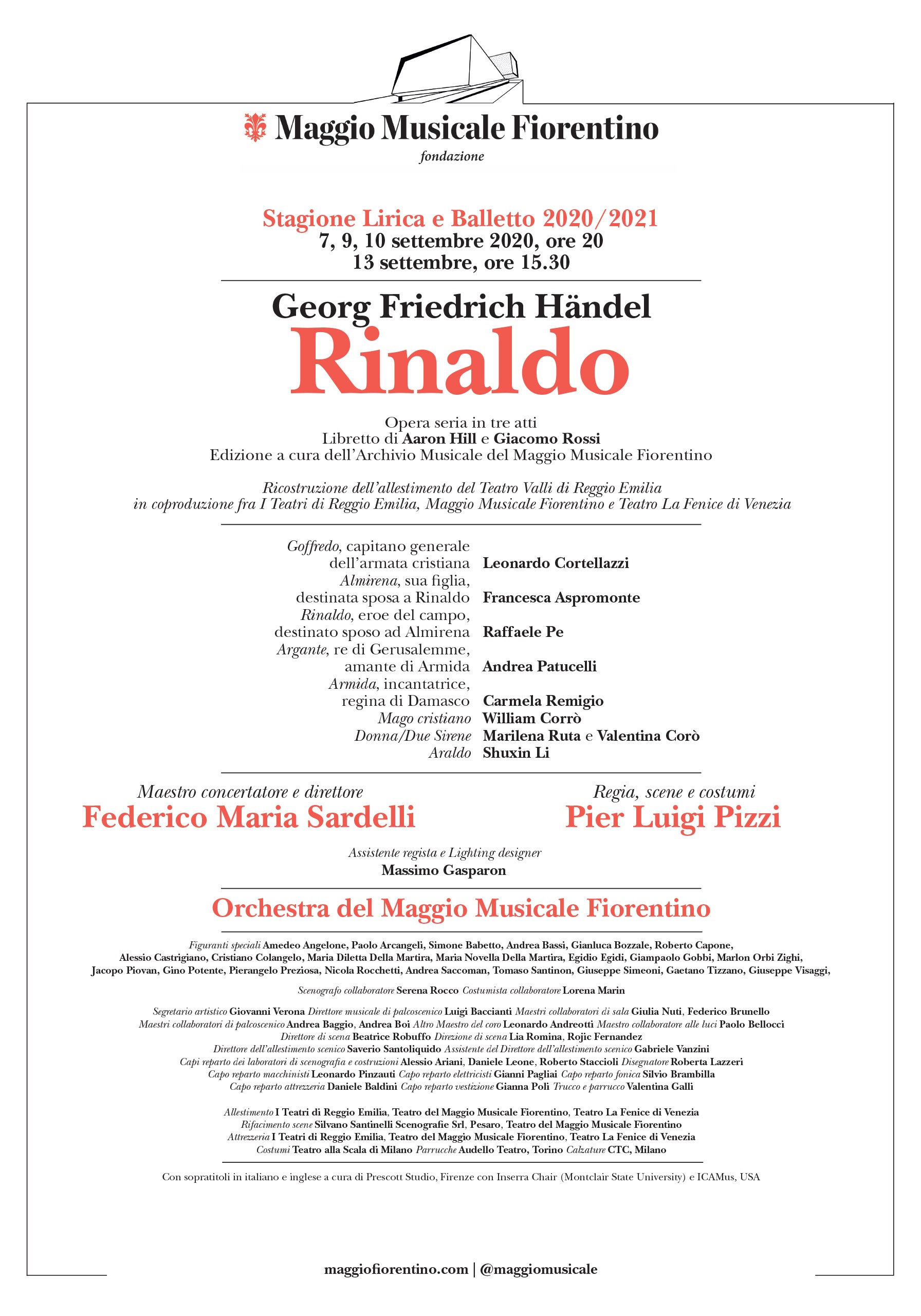