We inform you that, in compliance with the limitations indicated, the performances of Rigoletto, scheduled for February 21, 23, 26, 28 and March 3, 7, 2021, are postponed.

As soon as possible, the Teatro del Maggio will inform about the new dates and the refund procedures.

The performance on February 23, 2021, will be recorded and, subsequently, streamed.

New staging at the Maggio Musicale Fiorentino for Giuseppe Verdi's Rigoletto with Riccardo Frizza on the podium and the direction of Davide Livermore. In April 1850 Verdi signed a contract with the Teatro La Fenice in Venice for a new opera. The subject that the composer proposes to the librettist Francesco Maria Piave is Le Roi s'amuse, the historical drama by Victor Hugo staged at the Comédie-Française in 1832 and censored for portraying the monarchy in its worst vices. The choice is dangerous and Verdi knows it. In fact, the Venetian censorship initially did not accept the master's proposal, judging the subject "of revolting immorality and obscure triviality". To annoy the censorship is the element of the curse, which for Verdi is the driving force of all the action and the first title he designed for the opera. After a long diatribe, a compromise is reached: the action is moved by time and place, the king of France downgraded to Duke of Mantua and the work entitled with the name of the
hunchback Rigoletto. The first title of the 'popular trilogy', Rigoletto made its successful debut on 11 March 1851, establishing a decisive turning point in the opera scene of the time. For the first time the main role is entrusted to a character of humble origins, wretched and deformed. A man with a tormented personality, Rigoletto is as cynical and ruthless in carrying out the role of a jester, as well as loving and passionate in the dimension of a father. Inevitably marked by that curse that has accompanied him from the beginning of the opera, Rigoletto will lose everything, even the most expensive asset, being crushed by the weight of a destiny he cannot escape from.

New staging
Thanks to Philippe Foriel-Destezet

In collaboration with the label Dynamic 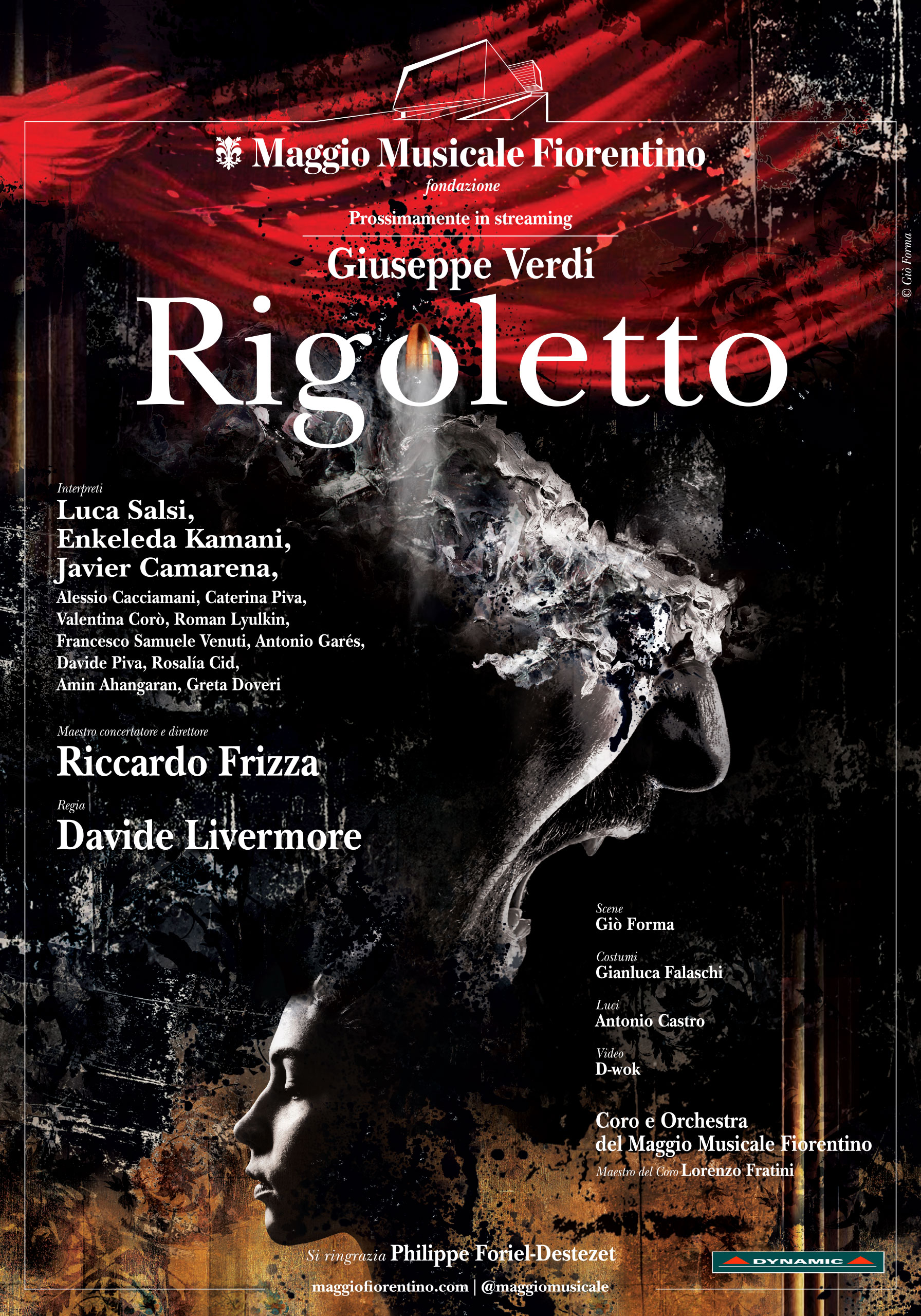