In 1902, Franco Alfano read the novel Resurrection by Leo Tolstoy in one go, and he fell in love with it. In Paris, where he lived at the time, he saw a theatrical abridgement of the book and decided to write an opera. The collaboration with Cesare Hanau led to the creation of the libretto, the first in prose in the history of Italian opera, and the opera Risurrezione debuted on 30 November 1904 at the Teatro Vittorio Emanuele in Turin, revealing Alfano’s talent to the country. The four acts present the unfortunate story of the protagonist Katiusha and her tragic love for the prince Dimitri, a man who seduces and abandons her, condemning her to a life of sacrifice and dramatic choices. The cathartic story of Katiusha follows the flow of an uninterrupted recitative, shifting from speech to the heights of lyricism, who - from her existence as a sinner - is permitted to finally be reborn and obtain her redemption by sacrificing her love.

The performance of the 17th January 2020 will be broadcasted live on Rai Radio 3.

Lights
Ginevra Lombardo based on the original design by D.M. Wood 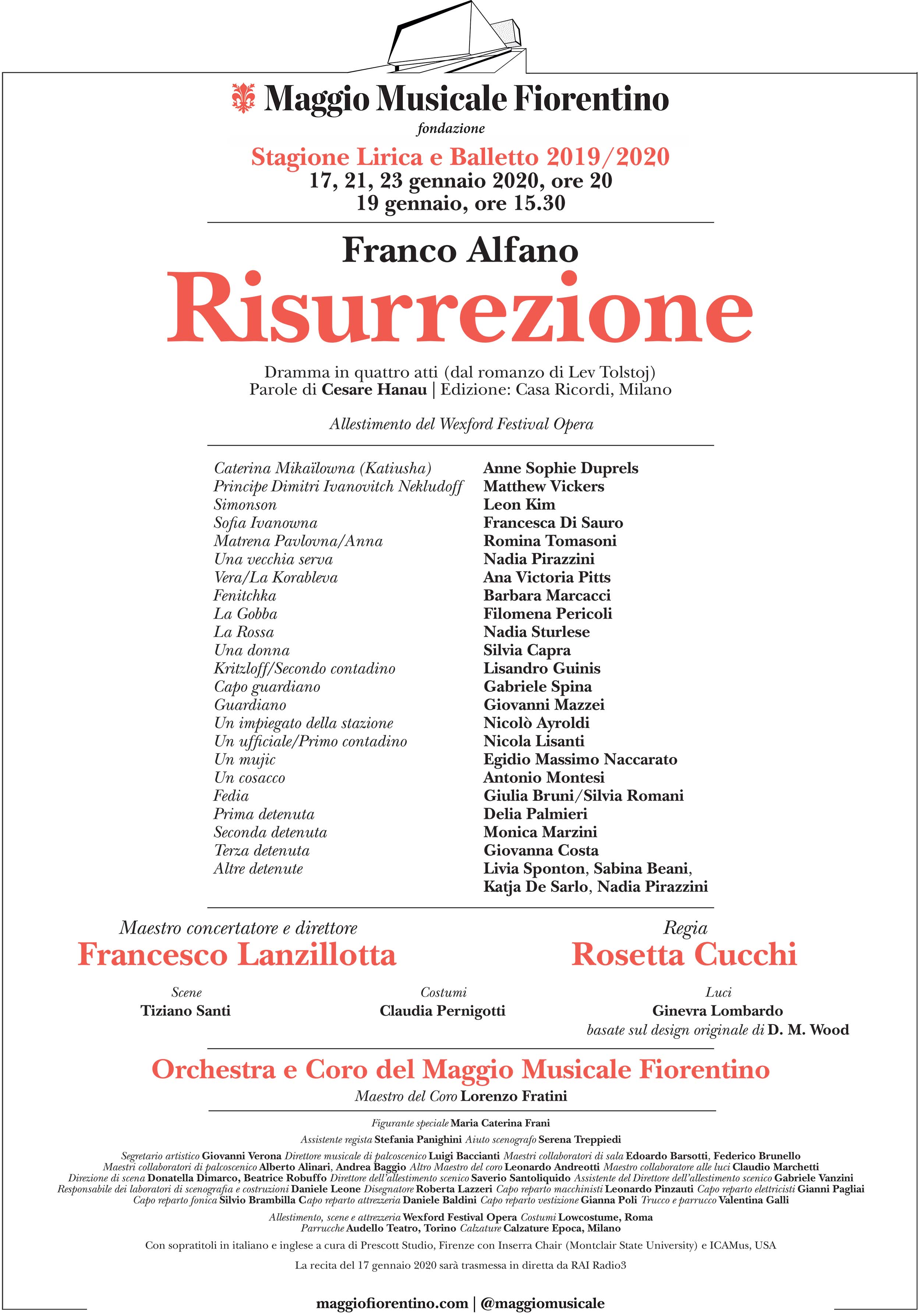