We inform you that, in compliance with the limitations indicated, the other performances of Otello are postponed.

The concert will be rescheduled and the Teatro del Maggio will shortly inform about the new date.

Broadcasted by Rai Cultura on Rai 5.
Otello's direction is made in full compliance with health protocols.
The performances of Otello open to the audience will be communicated later.

Following the success of Aida, Verdi decided to retire. His work had given him everything: glory, money and eternal fame. With Aida, he had the opportunity of withdrawing after the successful period of 19th century melodrama, having for too long suffered the weight of the crisis in musical theatre that struggled to find new dramaturgic and formal outlets. But his encounter with the energetic Arrigo Boito led the Maestro of Busseto back to opera. Verdi, like Boito, longed for experimental and innovative forms of poetry, and was already yearning for the emancipation of melodrama from the number opera format. The understanding between the two men emerged through Shakespeare, a writer that Verdi had loved and pursued for his entire life. The first result of the fortunate collaboration was Otello, which made its triumphant debut at the Scala in Milan on 5 February 1887. At the age of 74, Verdi demonstrated an amazing ability for renewal, interpreting the words of Boito in an unexpected and original manner. Having abandoned the ‘safety’ of the number opera format for the open form, the composer created a shifting and continuous musical flow. With a nod to Wagner and author to Italian theatrical tradition, Verdi thus marked the peak of his exceptional creative career.

New staging
Thanks to Philippe Foriel-Destezet 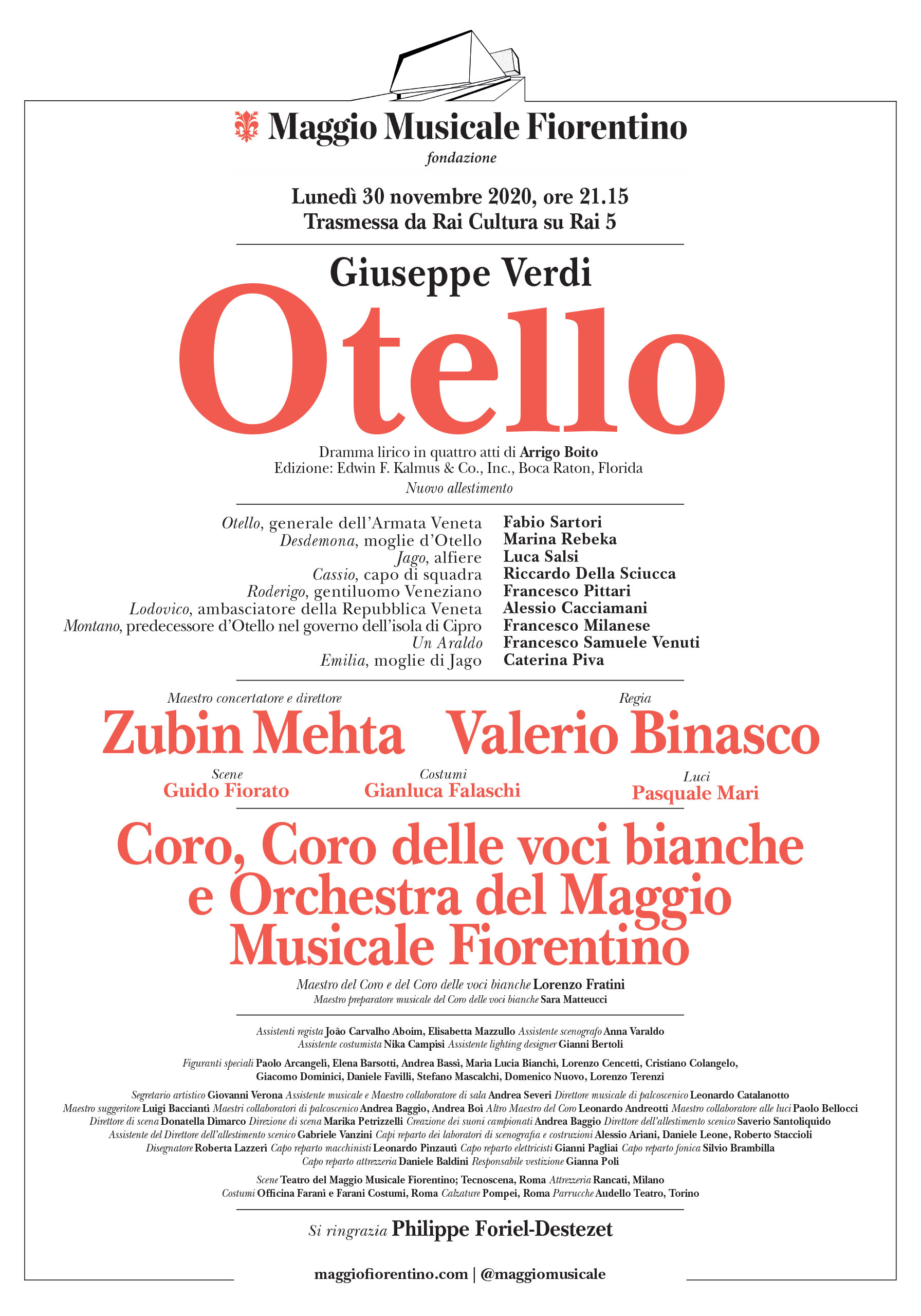