In collaboration with the label Dynamic, the Operabase website and the Takt1 digital platform (the opera will then be made available to their subscribers).

The opera will be rescheduled and the Teatro del Maggio will shortly inform about the new dates and the refunds.

When Donizetti composed Linda di Chamounix in 1841, his name was internationally famous, so much so that in Vienna he was commissioned to perform the opera that would have represented the most important of the program of the Porta Carinzia Theater of that Season. The subject, put into verse by Gaetano Rossi, is inspired by the Grâce de Dieu ou la nouvelle Fanchon by Adolphe d'Ennery and Gustave Lemoine, a rather unlikely feuilleton even to Donizetti but which is perfectly suited to its purpose: to please the Habsburg court with a work devoid of political implications but based exclusively on good feelings and the celebration of the virtue of the protagonist. Linda di Chamounix is ​​a semi-serious work, a genre that mixes, between pathos and irony, elements and characters characteristic of the two major genres with the inevitable happy ending. At the center of the action is a beautiful and virtuous girl, Linda, in love with Viscount Charles but threatened by his uncle, the Marquis of Boisfleury. As tradition has it, there is are misunderstandings, acknowledgments and twists (among them also a scene of madness, a Donizetti specialty), but in the end, as the saying goes, "all is well that ends well" and the peace found among the two young people reunited joyfully closes the opera. 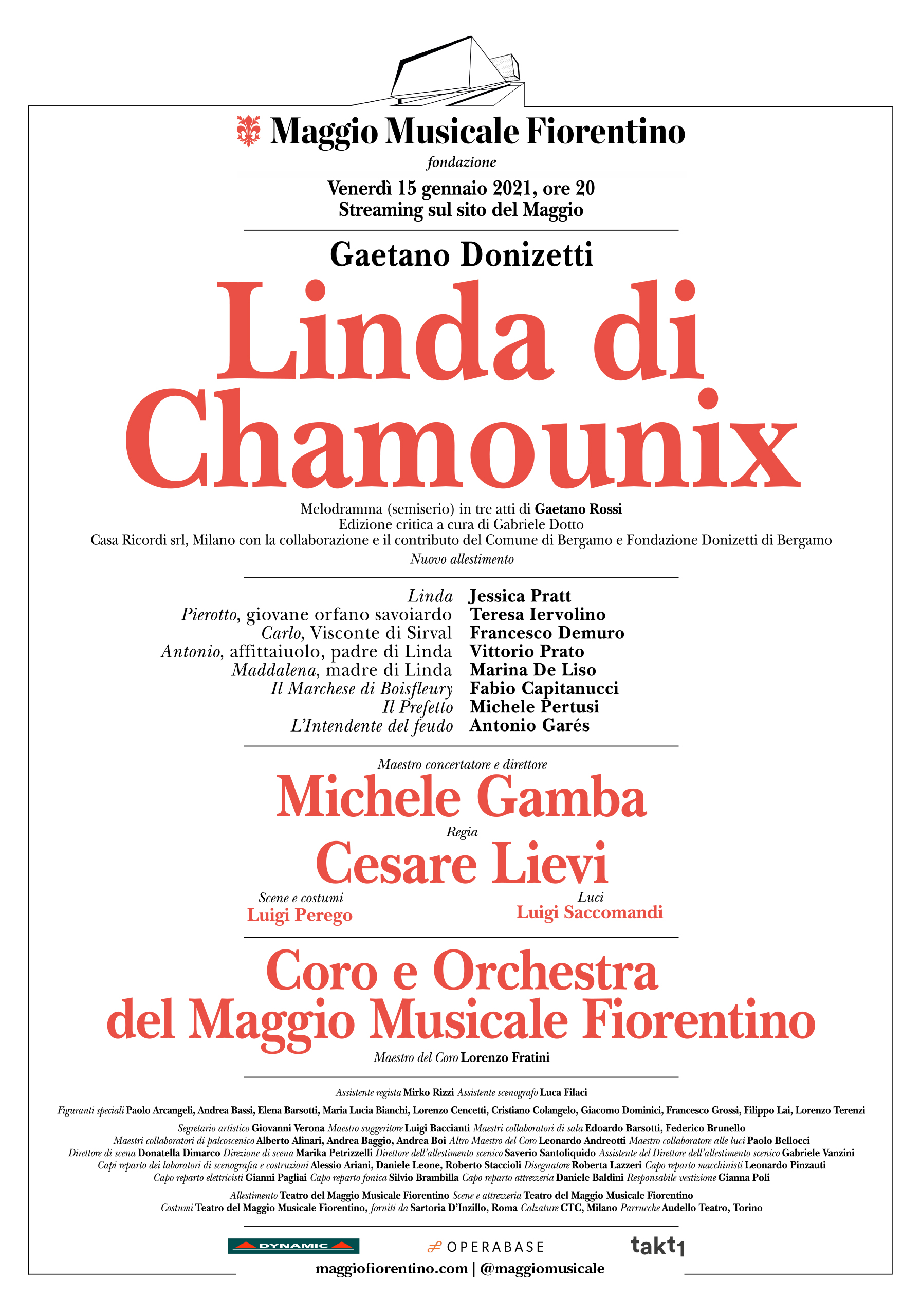