In 1978, the Berlin-born composer Aribert Reimann wrote Lear, an opera born on the urging of the baritone Dietrich Fischer-Dieskau, who was its first, legendary, performer. Unlike other characters by the English bard, Lear is no hero, but rather a victim, not only of his greedy and deceitful daughters, but above all of himself and his haughtiness, which hinder him from recognising the unique and sincere love of Cordelia. Stripped of his possessions and honour, Lear’s descent into madness is unstoppable and violent, as is the music by Reinmann which, mindful of techniques of composition from half a century of history, from the lessons of the second school of Vienna to the experimental anarchy of the post-avant garde, exalts the dramatic extremes of the opera. 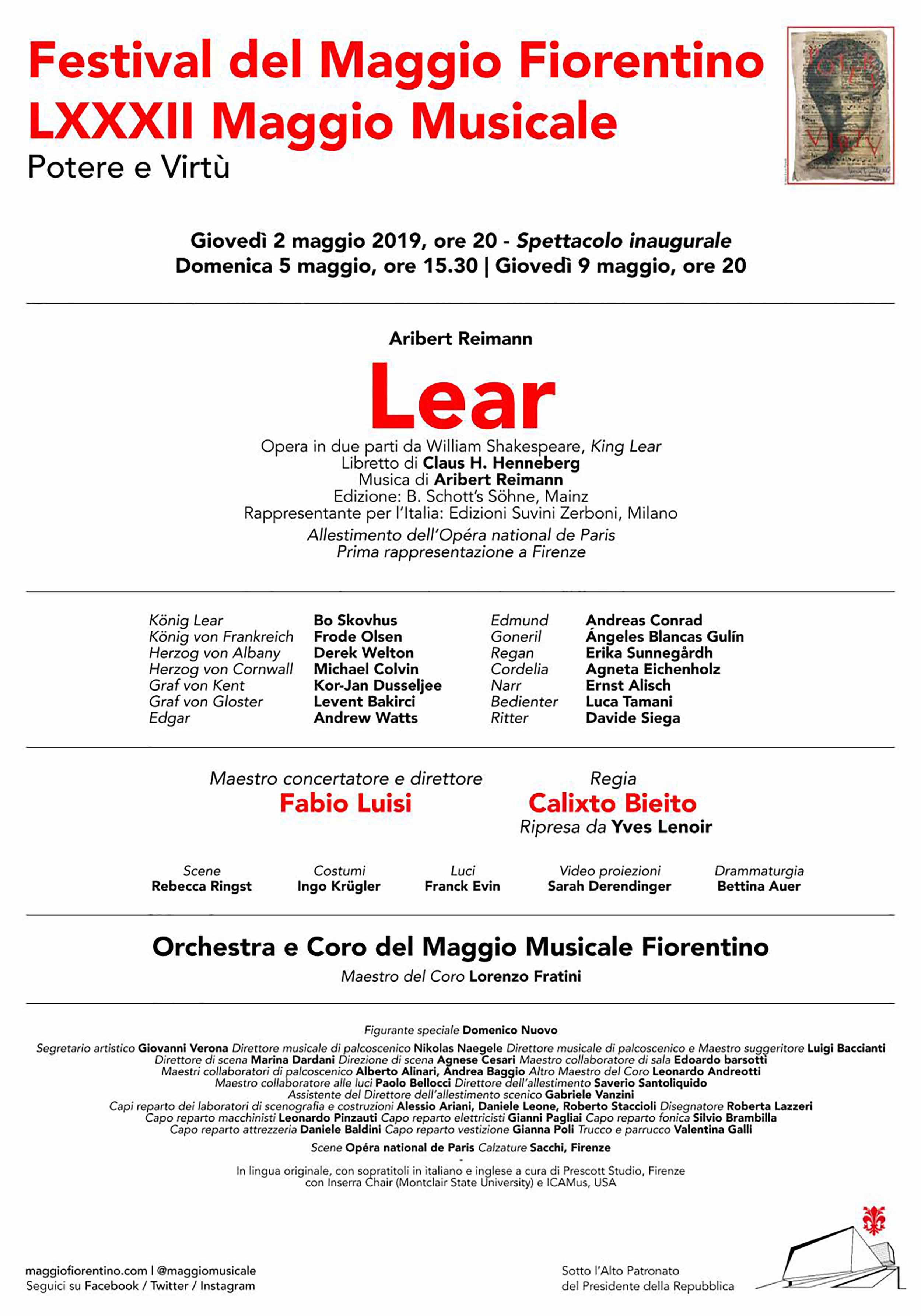