We inform you that the planned concert of maestro Lahav Shani, scheduled for Tuesday 26 January 2021, has been canceled. The Teatro del Maggio will then reimburse the cost of the relative tickets.

Refund requests will start from 20 January to 4 February 2021.

Wolfgang Amadeus Mozart
Concert in B flat major K. 595 for piano and orchestra

Robert Schumann
Symphony No. 1 in B flat major Op. 38, The Spring

In collaboration with the label Dynamic and the digital platform Takt1 (which will broadcast it to its subscribers from 5 February).
+ Google Calendar+ iCal Export 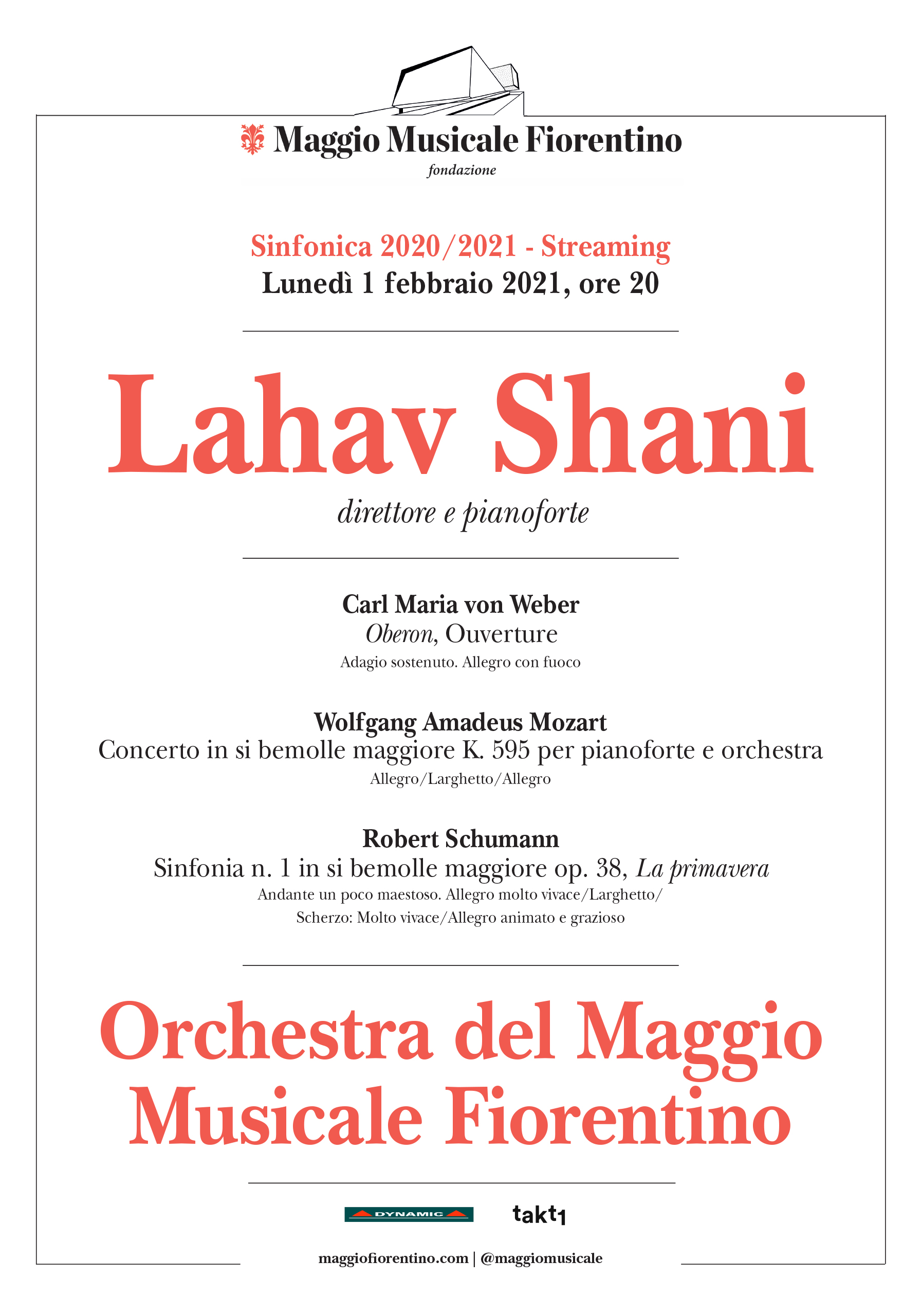