We inform our audience that as part of the precautionary measures to protect health and in compliance with the provisions received, the performances of Traviata on March 5, 27, 31 and April 2 are cancelled. We will provide, in updating, any other necessary information and news.

The version of La traviata staged in this February session is part of the innovative project by the Maggio Musicale Fiorentino directed by Francesco Micheli, who have created a dramaturgy which brings together the three popular works by Verdi. The three operas Trovatore, Rigoletto and Traviata are to be staged in September 2018. There are two common threads running through the trilogy. The first, a monumental Italian flag which opens the first scene of each of the titles, a set characterised by a number of repeated items, varied and according to the context with lighting and the predominant colours of green, white and red, one for each opera. The second is the Choir, a choir which according to Giuseppe Verdi is a single character which binds, passes through and migrates from the three operas, which do not have a unitarity as such, but which penetrate deeply into the collective imagination, joined through the sometimes contrasting emotions of passion. The predominant colour in this Traviata, now part of the Maggio’s repertoire, is white.

The performance of the 22nd February 2020 will be broadcasted live on Rete Toscana Classica. 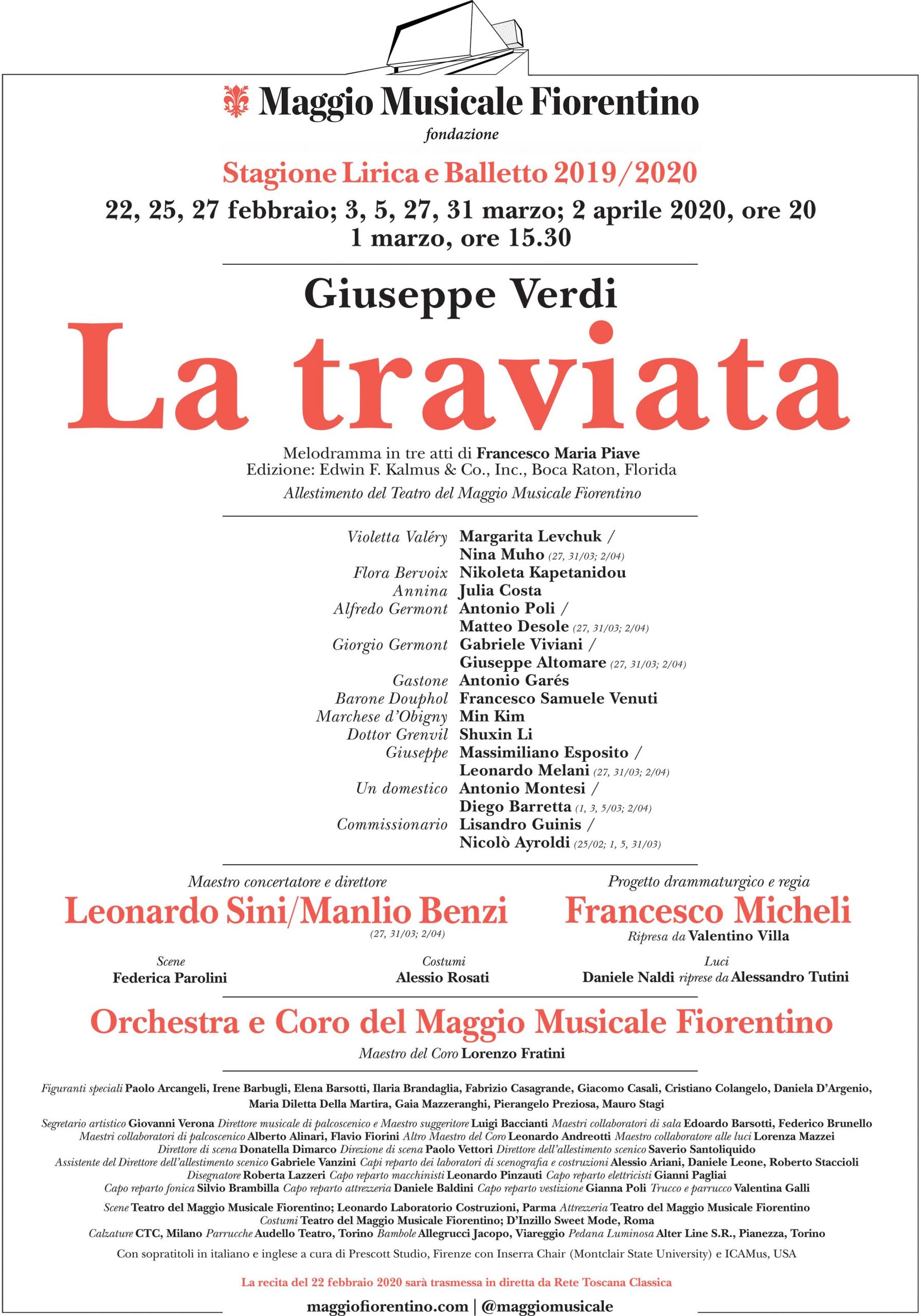