La rondine comes back to Florence and to the Maggio staged by Denis Krief and directed by Marco Amiliato. The score, completed in 1916, was later reworked by Puccini in two different moments. The Maggio will be staging the 1907 version. “This is one of the few authentic lyrical plays from the last season of melodrama, but it is also intriguing from an artistic point of view, because the composer, in putting a meta-theatrical plot to music, abandons the role of “impassive” narrator, reflecting on the cornerstones of his own poetry through the story of Magda”. 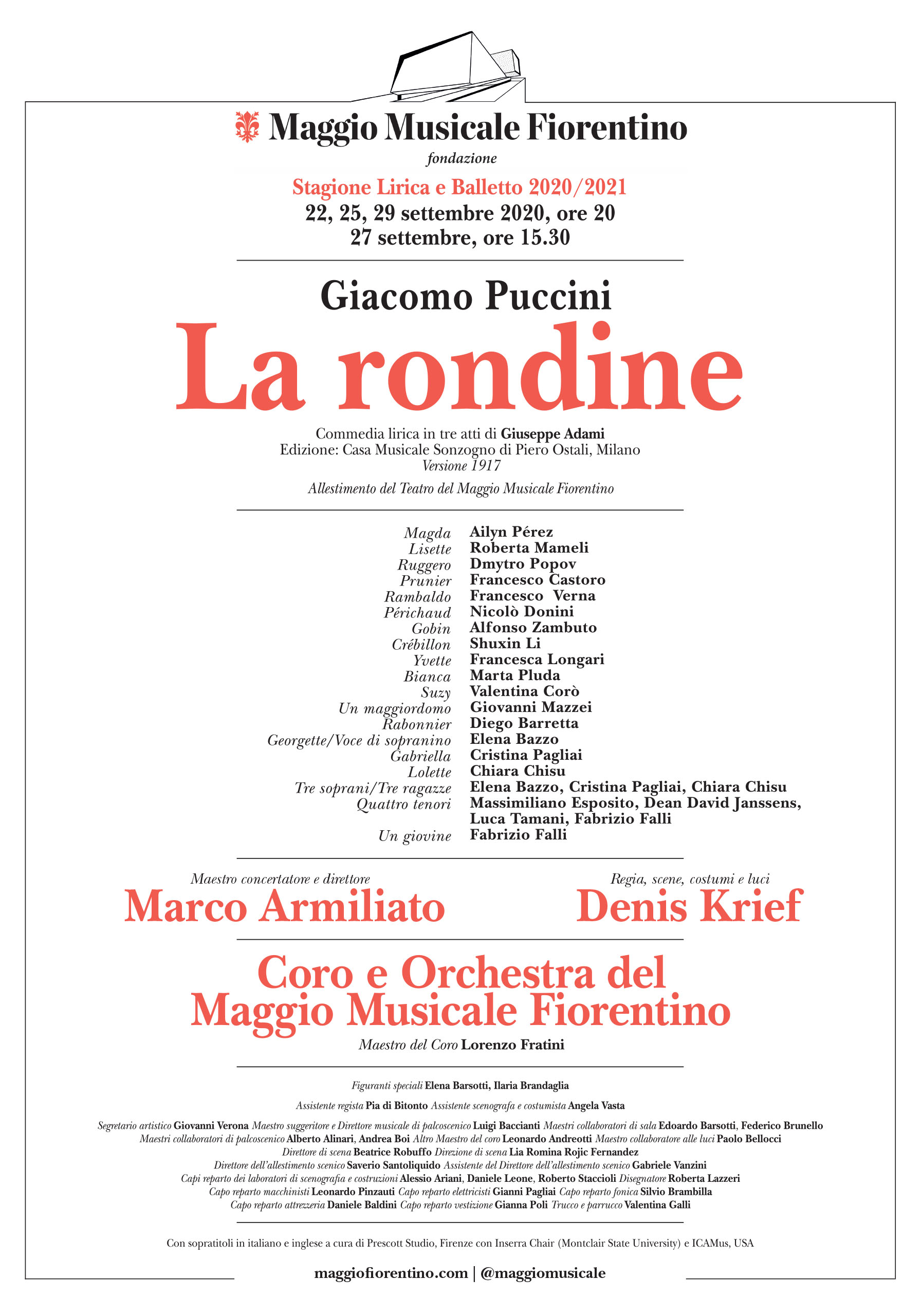