We inform you that, in compliance with the limitations indicated, the last two dates of Il barbiere di Siviglia (October 27 and 29) has been canceled. The Teatro del Maggio will then reimburse the cost of the relative tickets.

Refund requests will start from 27 November to 9 December 2020.

“This directing is a play of fantasy and evocation. The spaces of the story are always evoked, never represented. The possibility to evoke the presence of something on the stage is one of the fascinating aspects of the theatre, and therefore I have tried to use normal, simple objects, making them become the only ingredient for the sets. The result is that I found myself with a stage in which two dozen red chairs, a blue staircase, umbrellas and a number of huge balloons were all that I needed. The characters seem to explode into their physical and caricatural aspects. Thus, we have fantastical costumes, of pure imagination, with clear references to animal traits, very similar to the Commedia dell’Arte”. This is Rossini’s Barbiere in the version by Damiano Michieletto, one of the most successful of international operatic directors, who took his first steps in this profession in 2005. 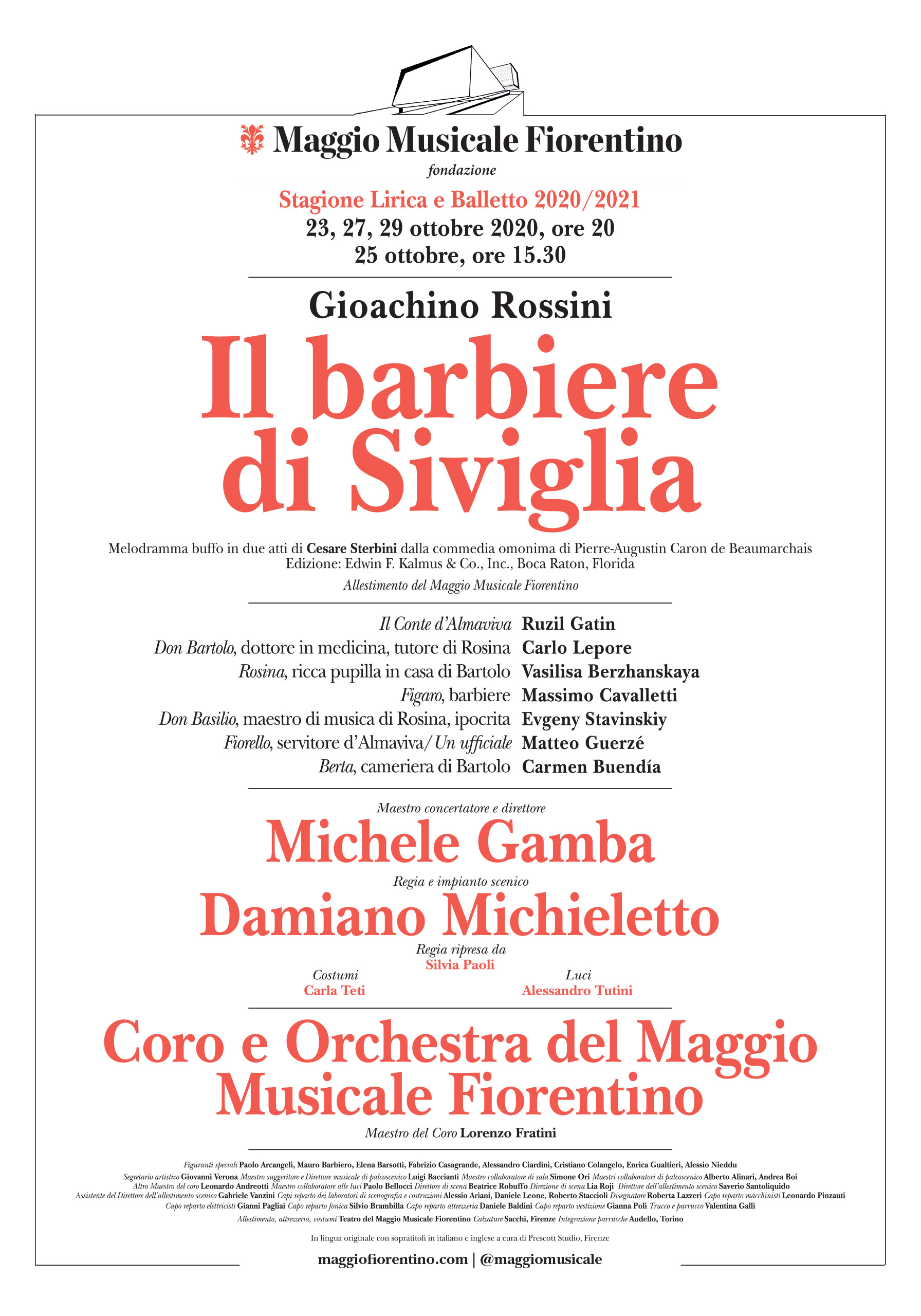