Following on from the triumph of Vestale, Gaspare Spontini, the favourite musician of Napoleon, was called on to compose a new opera for the most important theatre in Paris, the Opèra. The choice was for the story of Fernand Cortez, a legendary 16th-century Spanish captain involved in the conquering of Mexico. It was Napoleon himself who asked for a grand heroic opera. Well aware of the power of art as a vehicle for propaganda, the emperor aimed to obtain public support for his military campaign in Spain. The protagonist of the opera, a wise and magnanimous man, whose only desire was to free the Mexican people from the slavery imposed by the superstitious indigenous religion, in fact represented the perfect match for Napoleon, who - like Cortez - wanted to appear as a representative of civil and liberal values. Fernand Cortez made its debut at the Opèra on 28 November 1809. The sumptuous staging, grandiloquent orchestra, spectacular special effects - such as the charging of real horses on the stage - war-like choirs, barbarous dances and even a sentimental touch provided by the love between Cortez and the young indigenous Amazily, guaranteed the opera its hoped-for success. The glory of Napoleon was greatly exalted, and Fernand Cortez became the symbolic opera of his empire. 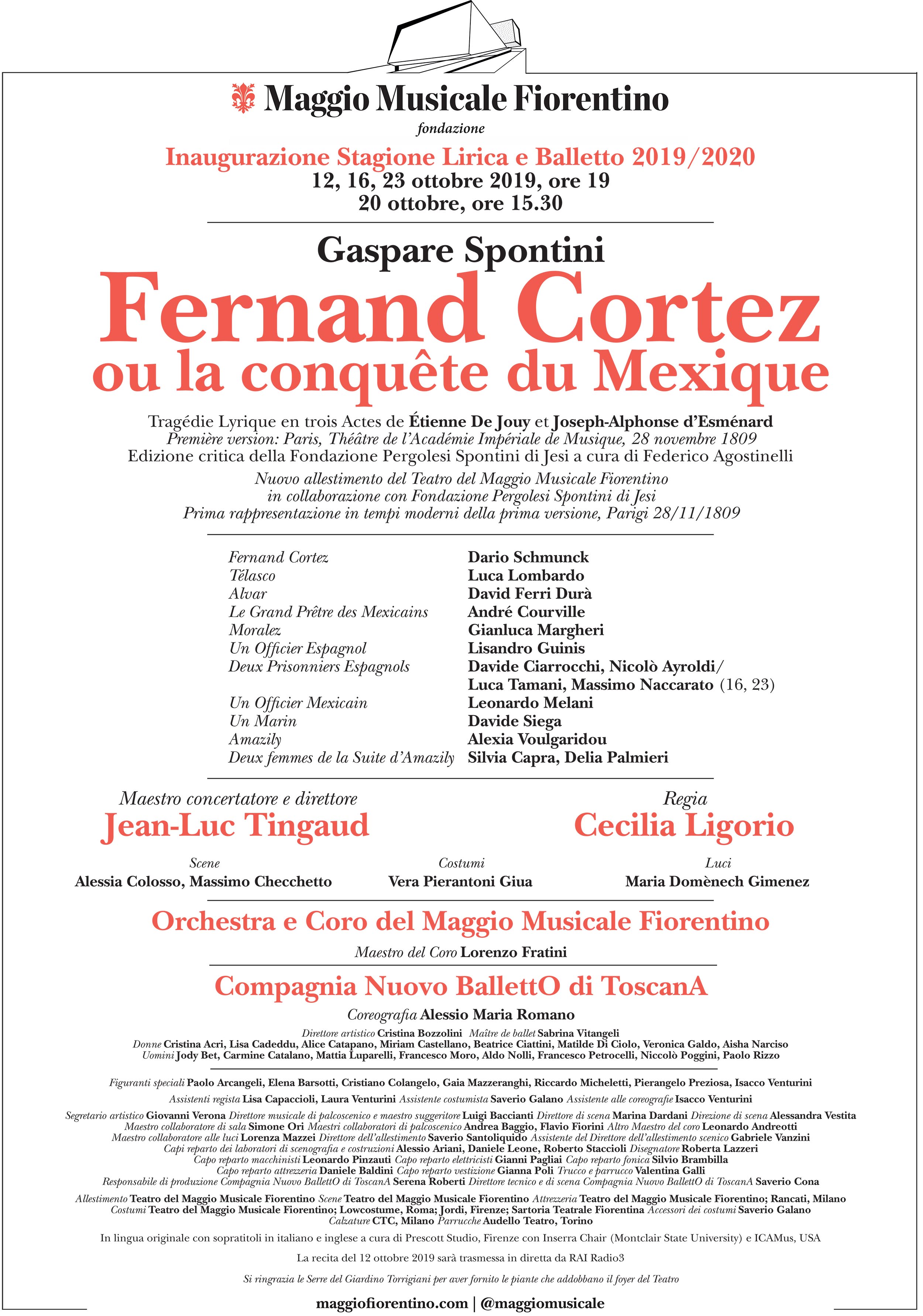