The libretto is written by Giovanni Ruffini (although it bears the name of Michele Accursi), and is a rewriting of the 1810 libretto by Angelo Anelli for “Ser Marcantonio” by Stefano Pavesi. It is undoubtedly a comic drama, but Don Pasquale marks a point of arrival and a breaking point for the comic opera written by Donizetti. It is the culmination of an Italian comic tradition which lasts through the centuries and which is neither too farcical or too comical and is an opera in which the comedy is tinged with bitterness. It is the ancient plot, by Donizetti which has been articulated into three concise acts, with the old man (Don Pasquale), thrifty and celibate, fooled by the offer of an innocent bride, and a cunning and wicked widow who loves (and is loved by) the nephew of Don Pasquale. Misunderstandings and disguises, transformations, expenses, fake weddings, simulated betrayal and insults, all leading the old man to curse his marriage until, on discovering the truth about the plot against him, he agrees to bless the wedding between the two youngsters. The libretto, in the dramaturgic definition presented by the music of Donizetti, is a model of efficiency and elegance: a well-contrived manual of comical situations set to the rhythm of cunning and topical theatrical intuition.

The performance of the 21st February 2020 will be broadcasted delayed on Rai Radio 3. 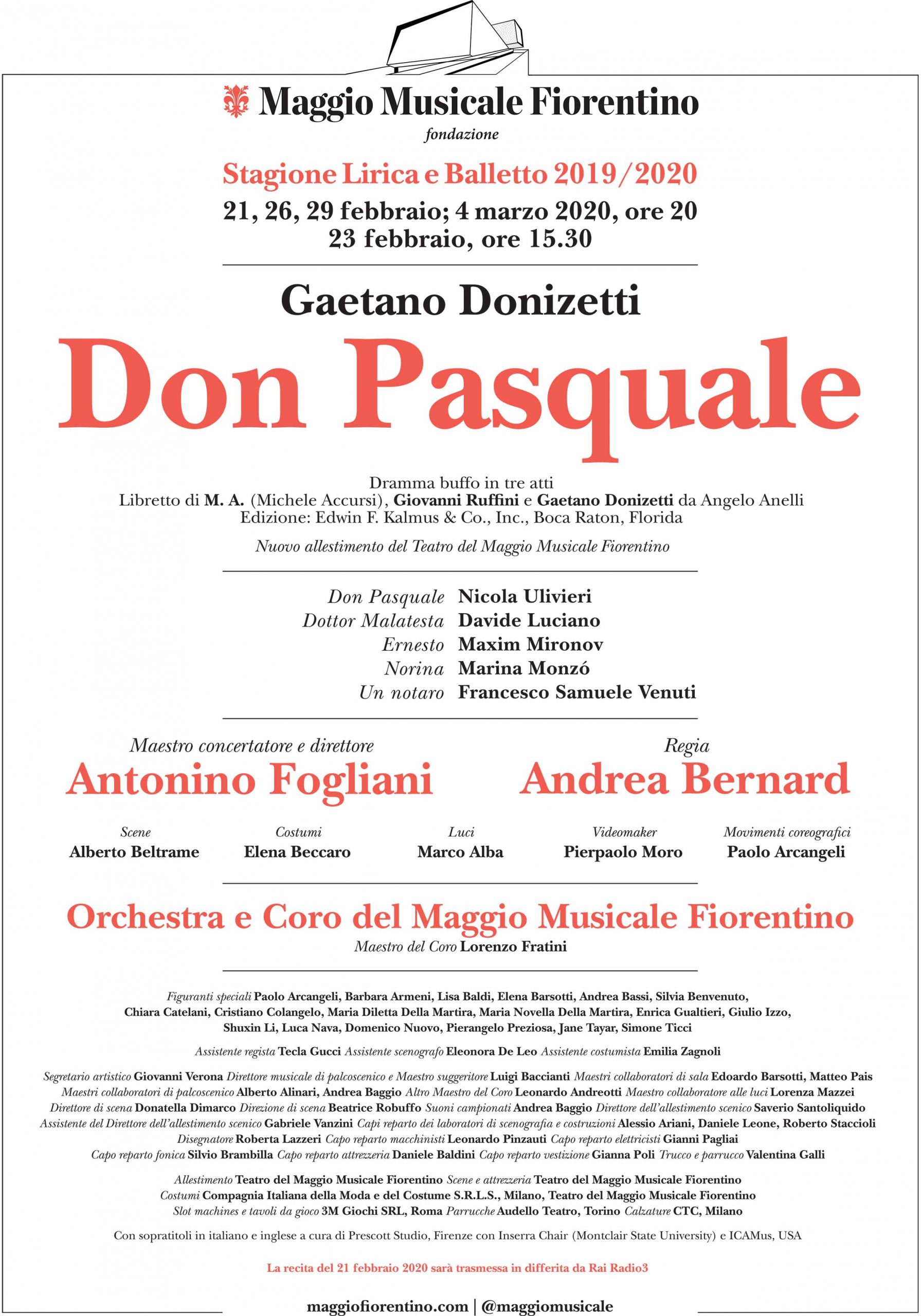