EHI GIO'
Vivere e sentire del grande Rossini
Ehi Gio’ - Vivere e sentire del grande Rossini  (its first version was commissioned in 2016 by the Teatro Sperimentale di Spoleto) was born from the idea of ​​staging Gioachino Rossini’s human side. In particular, the contradictions of a fragile and also very strong man with a volatile mood, the mystery of his creative interruption has remained unanswered for decades. Together with Giuliano Compagno, who wrote the libretto of the opera, the composer Vittorio Montalti imagined the great Rossini in the last years of his life, visited by his memories and the most important people of his existence. In the final version, commissioned by the Maggio Musicale Fiorentino as the opening title of its 2018/2019 Opera Season, the work has been updated and revised on different levels:  new texts have been added, some vocal passages have been revised, new orchestration of different scenes and the electronics have been reviewed. The new version does not change the dramaturgical structure of the work, but underlines and amplifies some aspects of it.

LE VILLI
Giacomo Puccini’s debut in the world of opera took place on 31 May 1884, when Le Villi was staged at the Teatro dal Verme in Milan. An example of an experimental stage in Puccini’s writing, even the Nordic-style fairy-tale subject was very fashionable in that period. The libretto by Ferdinando Fontana is in fact inspired by the ancient German legend of the Willis, fantastic creatures representing the souls of young women who were the victims of love. The Teatro del Maggio continues, as the last year with La rondine, his itinerary in Puccini’s young period. 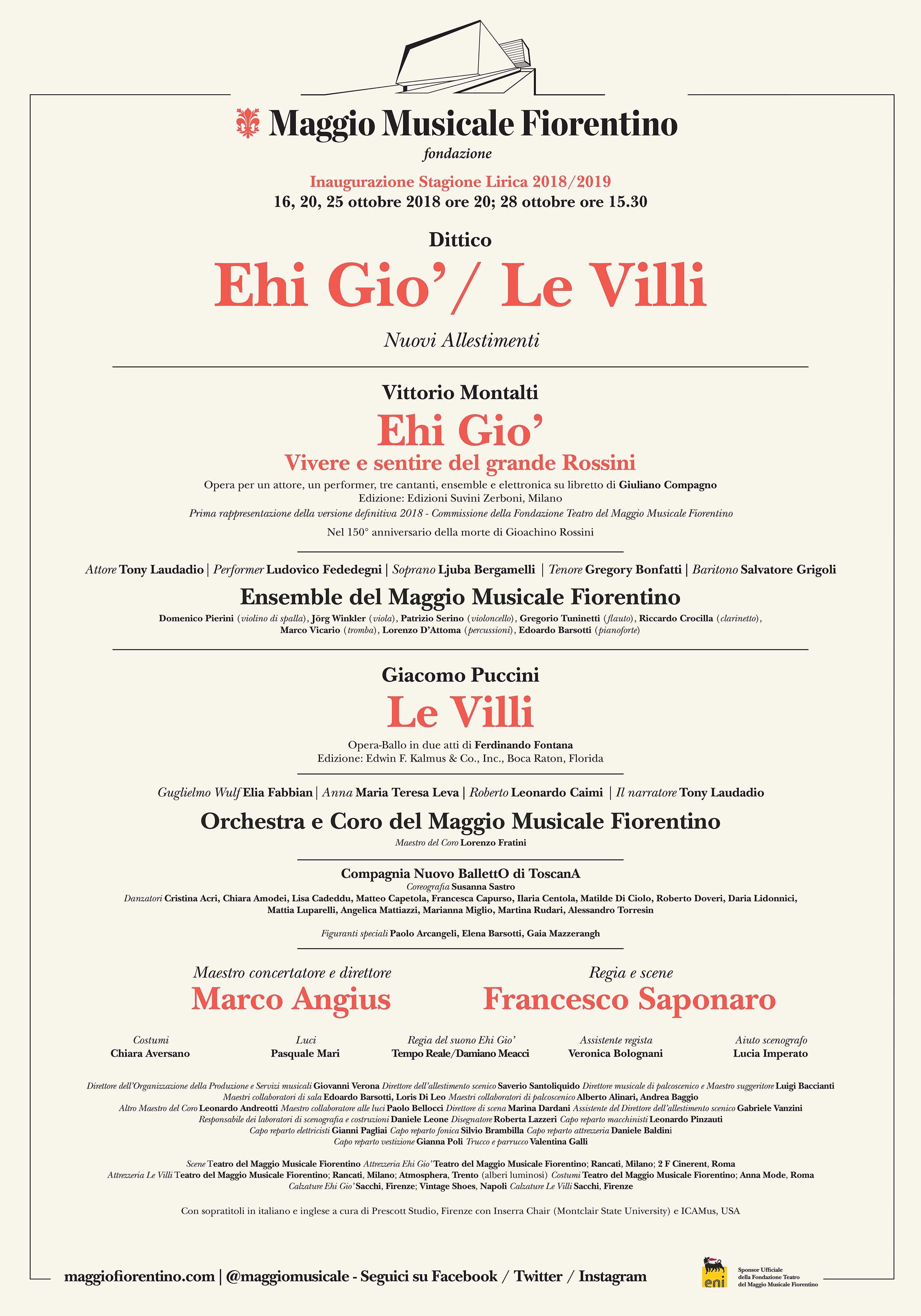