We inform you that, in compliance with the limitations indicated, the performances of Così fan tutte, scheduled for March 28 and April 1, 6, 8, 11, 2021, are postponed.

The concert will be rescheduled and the Teatro del Maggio will shortly inform about the new dates and the refunds.

The performance on March 28, 2021, will be recorded and, subsequently, streamed.

Mozart's Così fan tutte marks the last stage of the most exemplary artistic collaboration in the history of opera. It is said that it was the emperor Joseph II himself who proposed the spicy subject to Mozart and Da Ponte: a story of betrayals, with a couple swapping, inspired by a news story that took place in Viennese or perhaps Venetian high society. Quite another thing compared to the literary sources of Le nozze di Figaro and Don Giovanni, but the Mozart genius manages to transform even a rather banal subject into gold. Così fan tutte made its debut at the Burgtheater in Vienna on January 26, 1790. The opera could perhaps repeat the success of Le nozze, if it weren't for the unexpected death of Joseph II after the fourth performance. Many, however, dind't like the latest gem of the Mozart-Da Ponte trilogy, mistakenly considering it a silly opera and far inferior to the previous ones. In reality, behind the apparent lightness of the subject dealt with, the amorous inconstancy of women, there is a fine investigation into human feelings. Mozart knows well that the "necessità del core" - which induce Fiordiligi and Dorabella to yield respectively to the court of Ferrando and Guglielmo in disguise - are universal and he does not judge them but understands them by transferring them into a very refined score with multiple reading levels. Note after note, the work takes on the contours of a dangerous game on the laws of nature, a scientific experiment in the form of a musical comedy that reveals human weaknesses tout court. 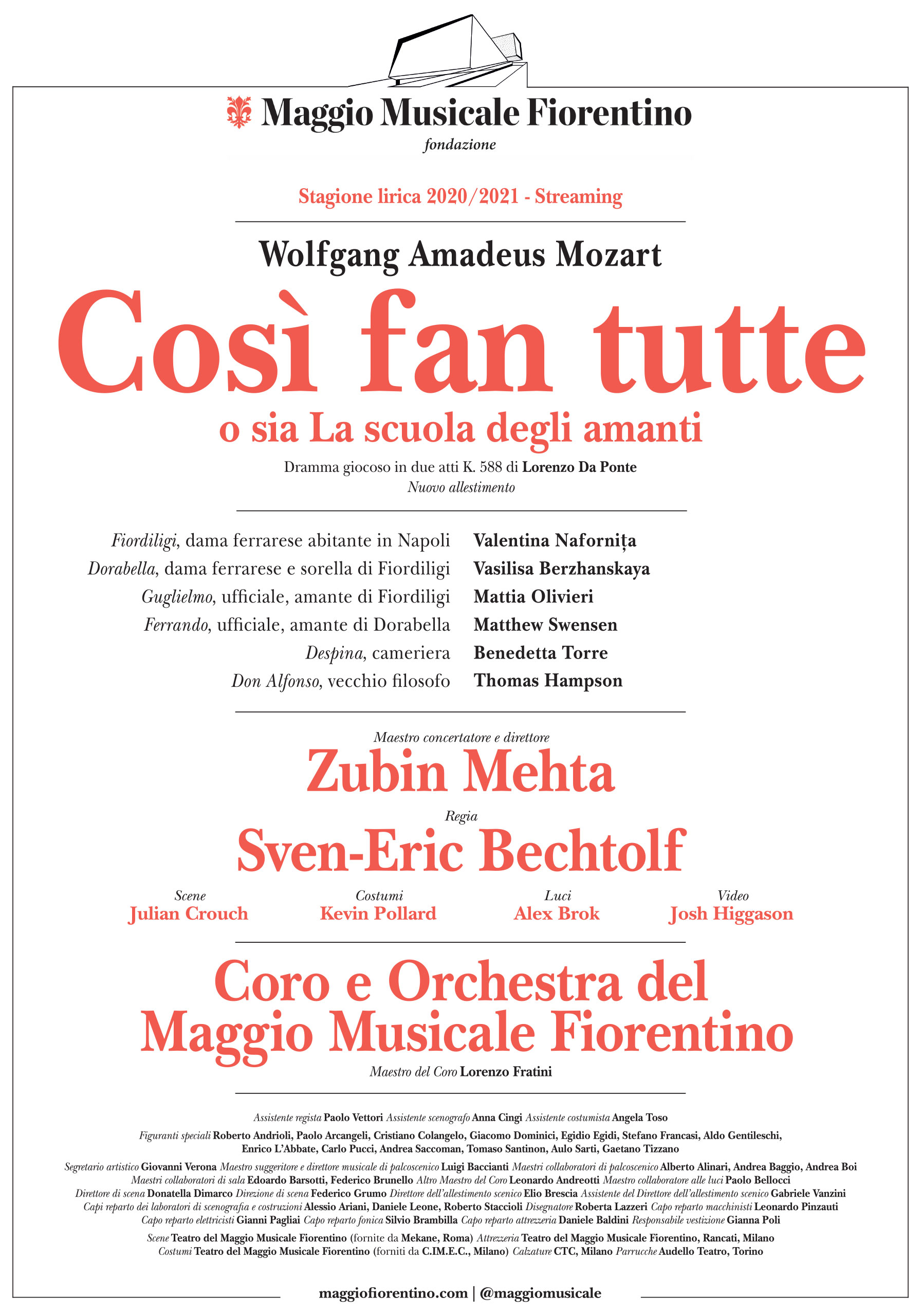